I never posted any plans for May because I had no idea how much time would be available for sewing.  I had no direction either. As it turns out, there was more time than expected but  direction remained lacking.  I sewed up both shorts and long pants from Butterick 5044.

Both comfy, neither worth photographing.

I made a baseball style raglan sleeve shirt from Kwik Sew 2874.

Again, comfortable and wearable but nothing too exciting, even if I did use a thrifted Kansas City Royals t-shirt to get the logo on the front.

Then I switched to the Plantain t-shirt, a free download from Deer and Doe.  It is definitely on fire in the sewing blogoshere.  Going by measurements, I cut a 36 grading to a 38 at the hips.  It was uncomfortably tight in the chest so I let out the seams and while it was better, it still wasn't great.  It was a perfect fit for the eldest daughter so it hangs in her closet now.  The second try went up a size and again I had to let out the seams around the bust line for comfort.  It's still too tight but I think that's just a result of the pattern design.  It's described as fitted in the shoulders and apparently I simply don't like that feeling.  I do like the way the bottom swings out, though, so I may morph that bottom part onto another t-shirt pattern, maybe the Renfrew, to see what happens.  Anyway, here it is in all it's gaudy glory. 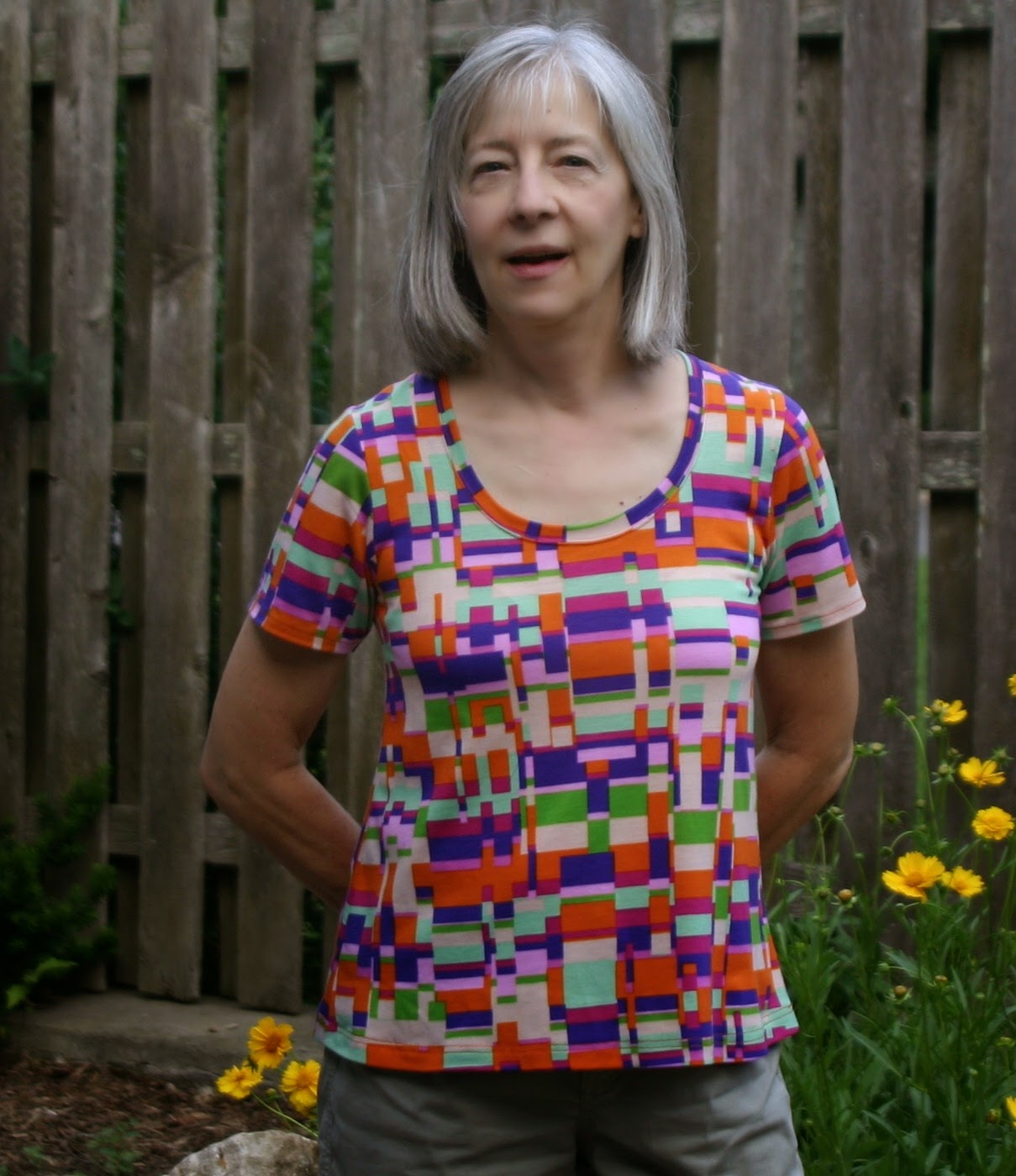 The neckline is from size 34.  The size 36 scoop would have been too low for my comfort.  I do have plans for next month; no more wandering in the sewing wilderness!

From January 2015 Make a Garment a Month will be moving to Facebook as a closed group. You can join us there.

Grab the Button, Spread the Challenge