For April, I intended to make Pattern Review's Winter Street dress, modelled by Deepika in the picture below - it's her pattern, drafted by Maria Denmark. I wrote about this in April plans. I felt the dress was not my style as it was clearly rather high waisted - and short. I planned to make the dress as a wearable muslin and then make for my daughter, who is more in the target audience of this style, I feel. I wanted to get some practice with knits, and the various new techniques I would come across (eg neckline, stitch in the ditch, clear elastic). I did lengthen the waist before I started and made the long sleeve version. 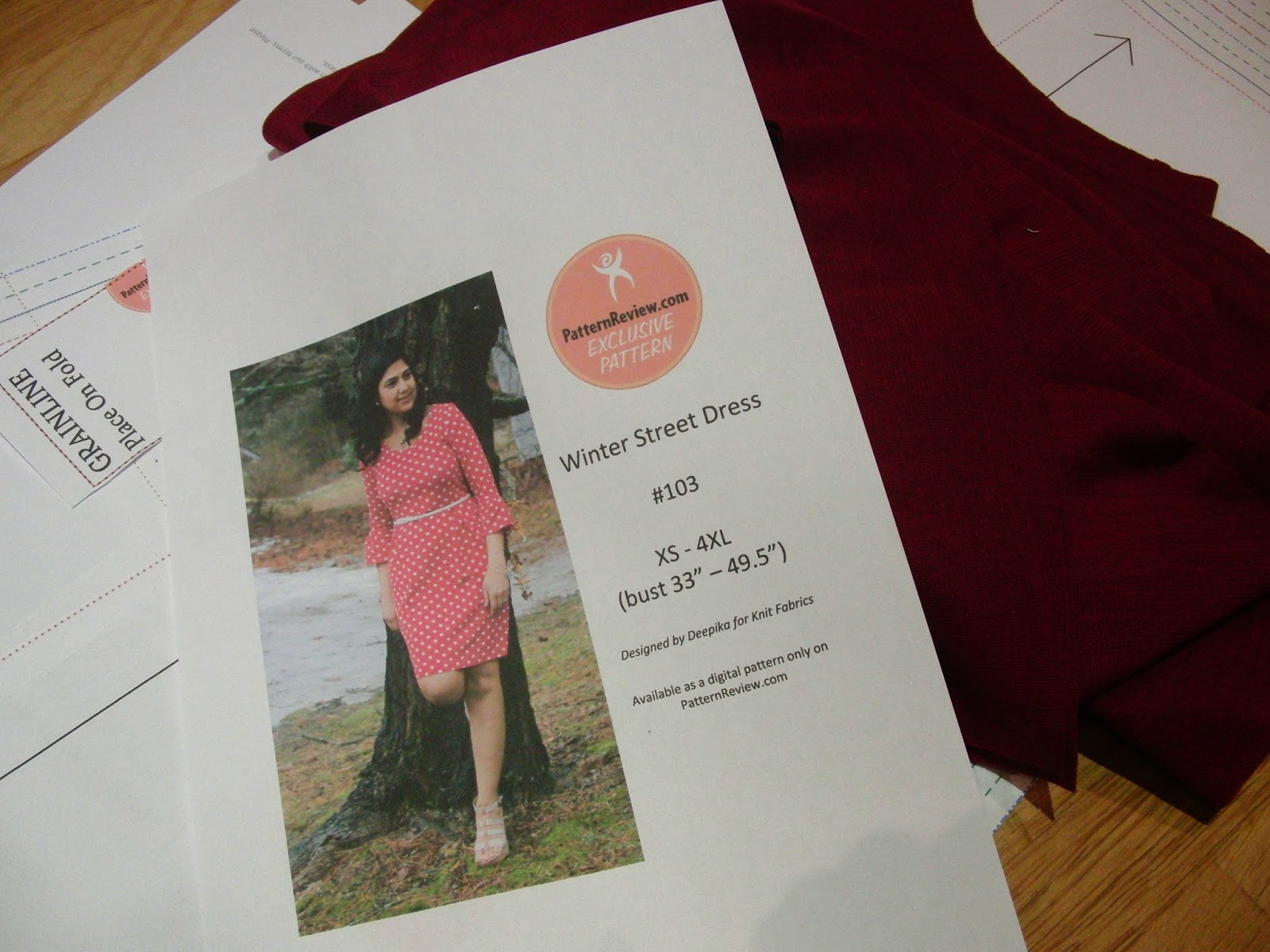 Well, I suppose there is partial success! I do have a finished dress! I managed a beautiful neckline with invisible stitch in the ditch - I followed Deepika's video on You Tube. I did break my brand new twin needle on the first stitch and put my machine out of commission when the fabric got caught in it and my husband removed the automatic thread cutter with some thread debris. Fortunately all sorted now! However, I still don't like the dress and it really doesn't fit properly. I'm so disappointed in it that I am not wearing it in the photos. It looks okay on my model, if rather large as I have only a tiny model! On me, the waist is till 1.5 inches too high at the front, despite the amount I dropped it. Not having experience of knits, I was afraid to drop any more as I thought the weight of the fabric might bring the waist down too low. As I am a tall hourglass/pear with a clearly defined waist this look is just not good on me. 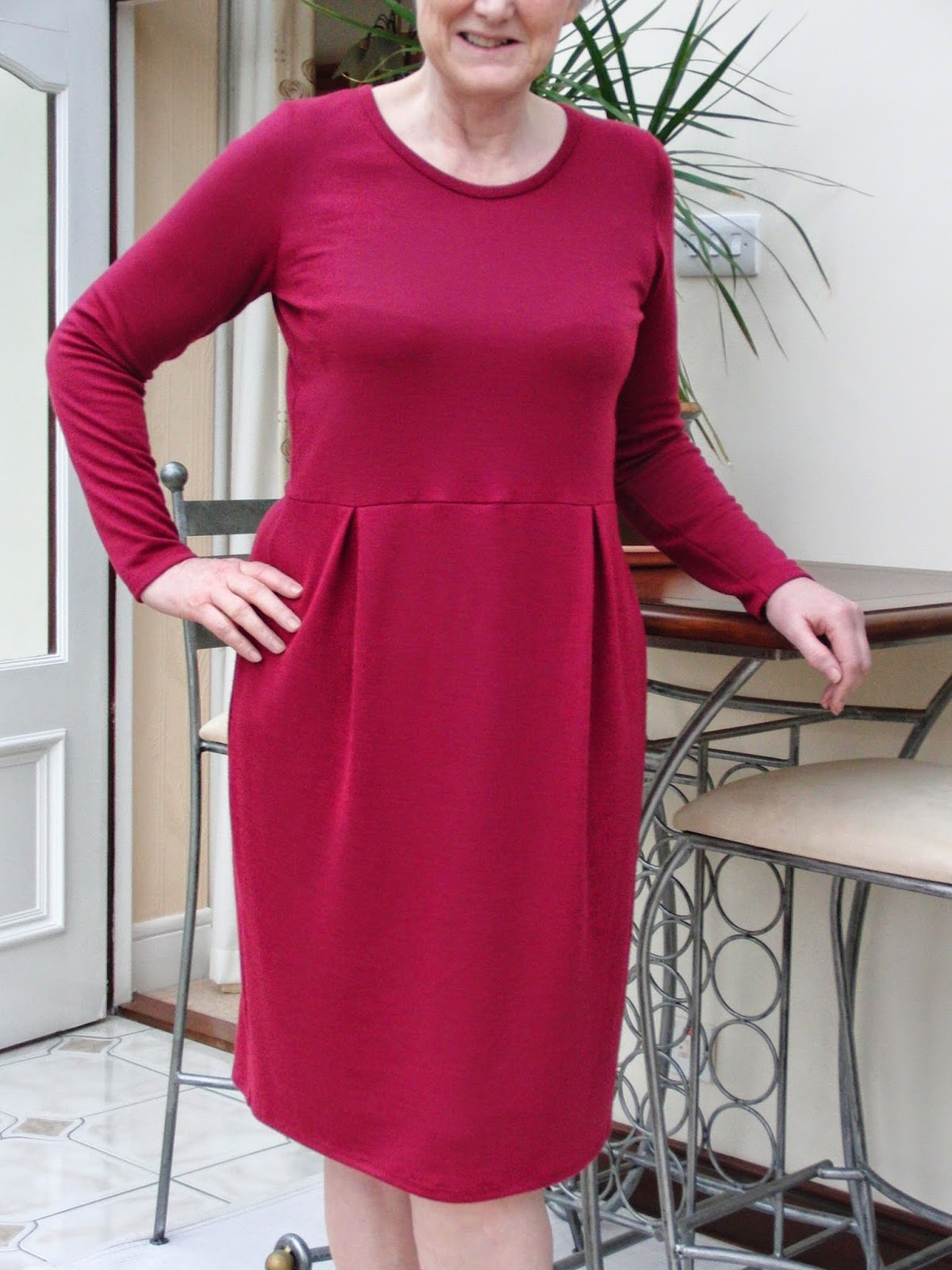 Although I had washed and prepared my fabric, I decided to wash it again after completion - and I feel it shrunk a little as the dress is too tight for me now, particularly around the top of the sleeve and the armhole - another reason I'm not wearing it in the photo! (ETA -I've now posted a photo of me wearing it. I think it is actually wearable) Maybe if I shorten the skirt and arms, it will work for my daughter as is!! And it wouldn't be difficult to take in at the side. I was going to make a size M for her - this is a L, but somewhat smaller than it was!
I have already modified my pattern pieces with a view to having another go - and my intention is still to make one for my daughter if the one I have made cannot be modified for her.

I did finish a garment in April, though - my pyjama jacket to go with the trousers and camisole I made a while back, reviewed here. It is made of lemon winceyette, from the same pattern, and is loose fitting. I wasn't sure I could legitimately post as an April garment as it was started before that although just completed in April! I've already worn the jacket (hence the creases - I just thought about posting a picture while I was in the middle of writing this) so this is a quick picture of it on the table - I'm not going to wear it for a photo now!: 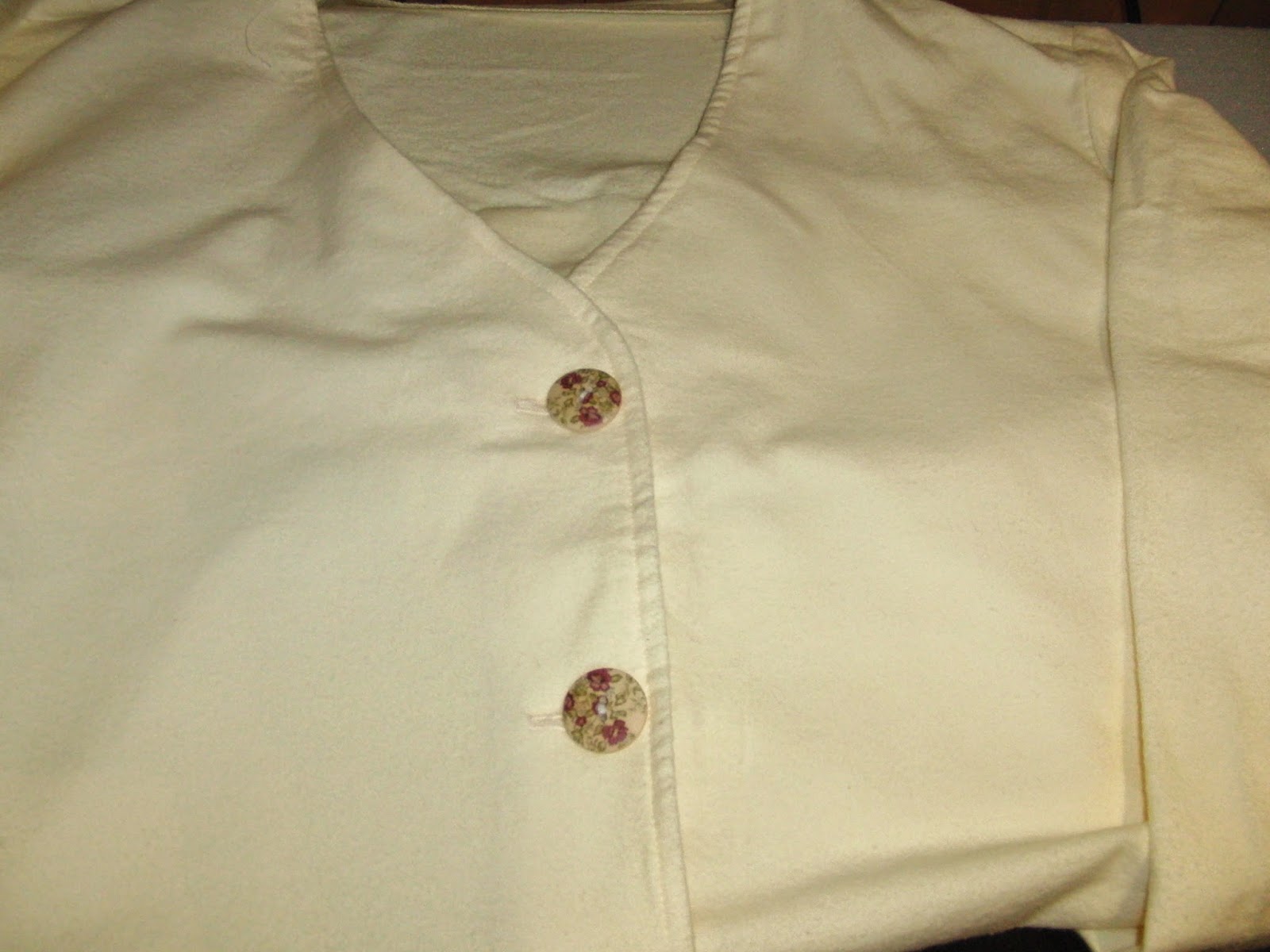 So on to my May plans - I'm not participating in Me Made May as I don't have enough garments - a suitable pledge from me would have been to wear one me made garment in May!! I am planning to make the jacket to go with the grey dress I have already made: 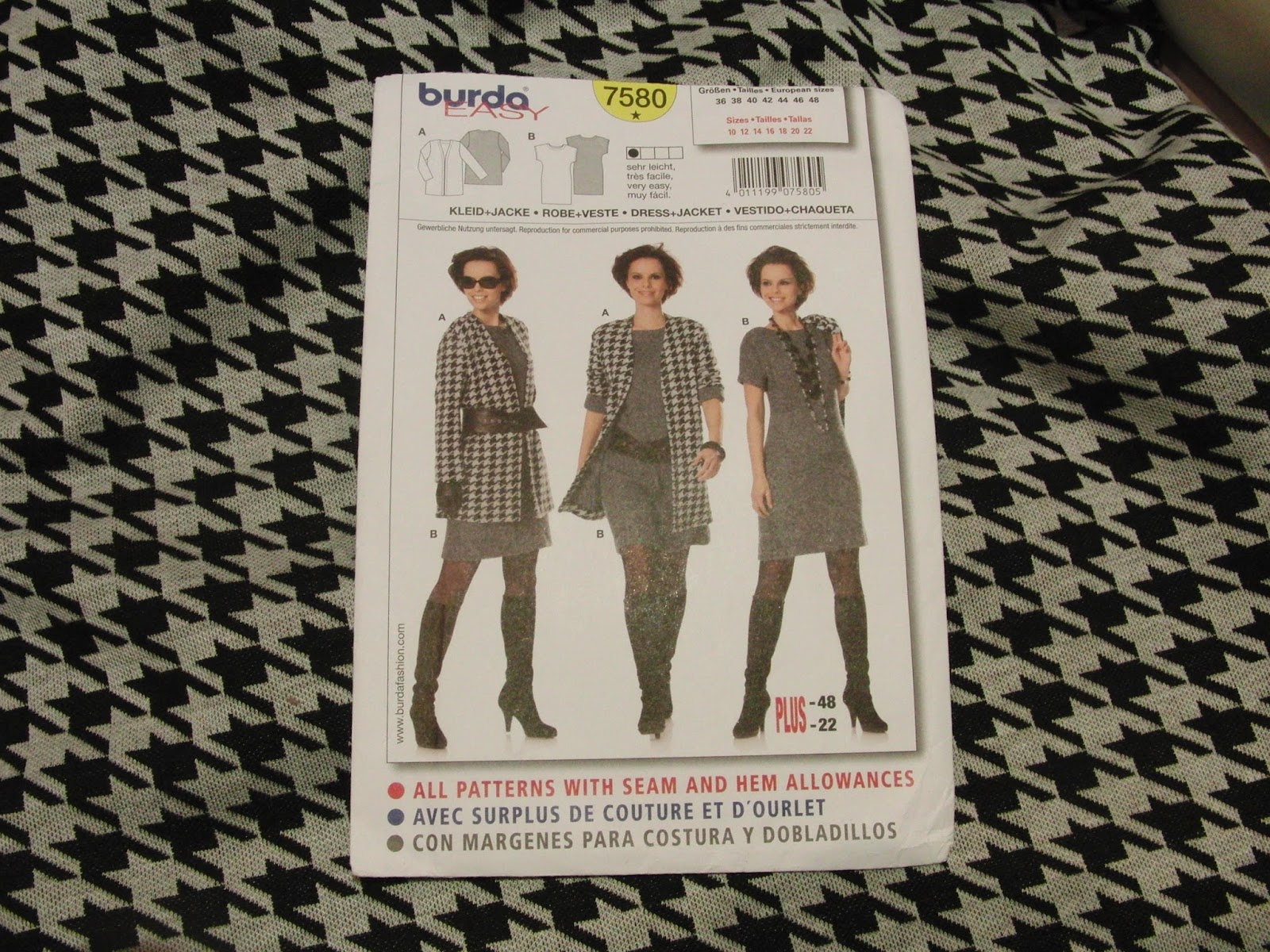 I have altered my pattern pieces, prepped my fabric and now need to lay out with checks matching for cutting. I have cut a full rather than half back piece to aid this as it's difficult to see the check on the reverse side. I will take to my sewing class on Thursday coming to get help with the laying out. I'd hate to have mismatched checks! I've kept the proportions between the dress and the jacket - so both are lengthened. I like the dress a bit better than I did previously and feel, as others have said, that the jacket will complete it, but do have some concerns about possible bumphling of the dress arms under the jacket.
Here's to May!
I haven't written this up on my blog yet but will get around to it! Maybe tomorrow.
Anne
Posted by Anne at 2:35 PM

From January 2015 Make a Garment a Month will be moving to Facebook as a closed group. You can join us there.

Grab the Button, Spread the Challenge